Since Exalted wrote his Cavity 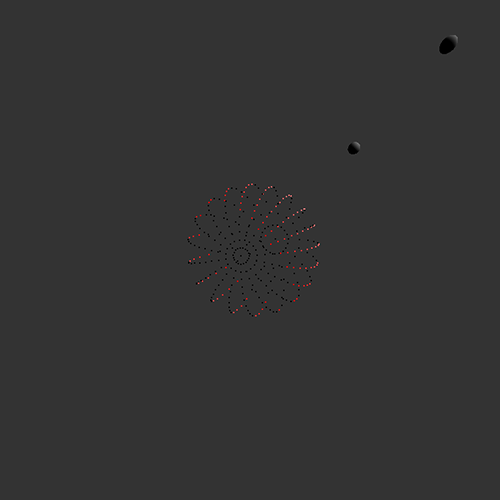 tune back to the 2005 it was an endeavor to feel the vibe of the sound generated groove with PPI modulations. Armin van Buuren, the number one DJ at that time supported the sound, groove and its idea in his A State of Trance radio show. The tune also reached 80th place in ASOT Top 100 chart marking an estimation for further technological success. The technologies Ruslan Yusipov structured in this work were further laid down in the production of a technic called sound reconstitution with successful transparent solution of the working idea.

Compositor Software as a production company grabbed the idea of sweeping modulation and FM sound synthesis to the extent, which is able to run a successful virtualization of STC2k sonar holographic technology. All said we could estimate a useful property out of this, which is the secure reasoning on behalf of artificial intelligence producing the results to outcome given. Somebody will try to achieve the same but none will lay 10 years of work on its own for only one reason: cyber security within large scales of real world operation. So, the outcome given can work both in VLAN and actively prevents a breach in the operation of underwater, air or UAV vehicles making TC25, STC2k and RTC4k a range of technologies for defense of Compositor Software foundation named after the technology for applying rules of universal technic to somebody else needs.

One can gather all the needed output to prevent the server from work, but what you experience will be the only outcome given. From one side, Compositor Software no longer prevents real-time operation of quantum interpolation to an application of the field technics such as sound field. From the other side, it actively works on all layers to found the scheme to force its production and to gain a performance to prevent major forces and fraud attacks on web sites or personal privacy attacks such as home security for which artificial intelligence is intended in a first case.
Server Cavity intended for the use of STC2k software is the only solution to successfully estimate and process the input results of TC25 and other Compositor Software products range. Thus making it the only choice to struggle with its own resources, however, it is not a case. The intended operation can accumulate any Fourier resynthesized codec within the predefined boundaries range to make a successful resynthesis with transmission to actively analyze the output of the signal source. The signal source should be downscaled or upscaled to the STC2k field of operation and can breach the clock source if any. Though STC2k operating on a good clock drive can bring any system on the knees without a sufficiently long time of operation such as one hour or so. Properly connected it can suit not only detection but could also act as a cyber-weapon, which can affect any server. The system can run on a sufficiently slower machine and uses polyphonic design to overcome the resources problem. It is not pinging the server, it sweeps the VLAN with its own modulators, which are many for the task provided. Any modulation applied can be estimated as a codec on its own and produces different outcome. All this in one package of the bottom-up working software, which produces two or three target devices simultaneously depending on an internal architecture of the viral spin that can act as a continuous spiral. The technology intended not to guard, but to defend the viral attacks by the random choice of applications of such viral devices. Thus naming it actively can break the force applied on server attack and can accumulate the production of technic the fraudulent force needs for first aid of its activities.
The backup plan and strategy is all but important and can gain success among all genres or fields of computer activity such as games, security and protection. This is all to be done with Cavity server for proper analysis of input, but if you really want to produce an output TC25 needed and is happily working on a Happiness server launched earlier this year.